I regularly see uTorrent on client's computers - it's software used to download files (often TV shows or movies but can be other legitimate media).  I'm not judging. 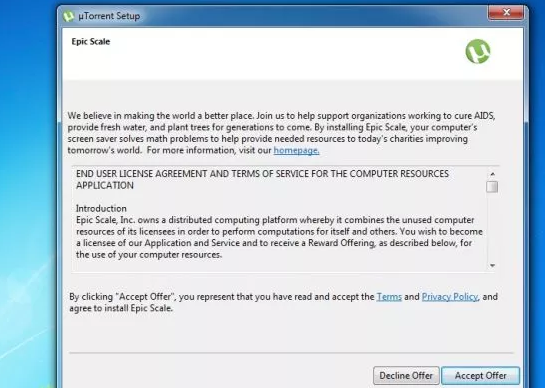 uTorrent, though, has started bundling in a new feature called "Epic Scale" which will use your CPU in the background to generate BitCoin currency for the authors.  This will put additional wear and tear on your system as well as run up your electricity bill.  Allegedly, they use the Bitcoins created to donate to charities but you'd be better off sending your own money directly to a charity of your own choosing.

As an alternative, I'd recommend qBittorent.  It's almost the same cosmetically and would be an easy transition.

View all posts by: PromptCare